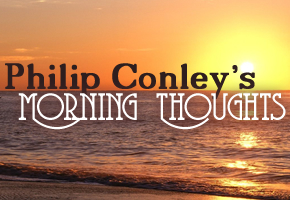 Mark 5:3, “Who had his dwelling among the tombs; and no man could bind him, no, not with chains:”

This morning, wildness streams across the world. Sinful pleasures and appetites are pursued more manifestly than perhaps at any other time in history. Surely dark periods have plagued this globe from time to time, and we are living in such a time. People are consumed with self, and without regard to anyone else, they do what they want regardless of the consequences or damages. Marriages are being wrecked on every hand by infidelity, homes are shattering apart from lack of guidance from parents to children, and society is laying foundation blocks everywhere for people to rebel against common decency. If there was ever a time when people called evil something good, good something evil, etc. it is this time.

Our study verse gives a small portion of the description of the man commonly referred to as the “Wild Gadarean.” He lived in the land of the Gadarenes, was plagued by a legion of devils, and had a miserable existence as one of the wildest of human beings. Notice the two things mentioned in our verse. 1. He dwelt among the tombs and 2. He could not be bound with chains. Trying to frame this man in my mind’s eye, it is hard to visualize what a sight he must have been! Later in the lesson (after Christ has cast the legion of devils out of him), he is called “clothed” and in his “right mind.” No doubt, on top of being a wild man, he spent most all of his time naked.

Sometimes it is difficult for us to read portions like this and get the scope of the setting since we have no basis of comparison. Have any of us met a wild man like this? I freely confess that I have not, but doubtless others have dealt with wild men in their lives that were just uncontrollable to any reasonable degree. However, all of us have encountered a situation in ourselves much like the description of this wild man. Every one of us – without exception – has personal knowledge with something that is just as wild, uncontrollable, and associated with death as this man was. While we are going to pass from direct discussion of this man at this point (and focus on some details of his existence), I would like to briefly point out that this account is not some nice fable to tell children like a fantasy, fairy tale. This man literally had this condition, and the Lord just as literally freed him from that miry existence.

So what is there that is common to every one of us that has an association with death (living among the tombs) and is completely uncontrollable (cannot be bound with chains)? James tells us in chapter 3 (particularly verse 5) what a problem the tongue can be. Though it is so small in size, it kindles great and powerful fires. Just like the tiller of a great ship or a bit on a powerful steed, small things can turn the entire course of greater things. So also our tongues can turn our entire lives and bodies in directions that we may never have thought possible. James goes on to say in verse 8 that no man can tame the tongue. Just as some beasts of the earth are tamable while others are not, so the tongue is like the untamable beast that must be caged with no recourse.

Furthermore, the tongue resides in a portion of the body that Scripture declares completely associated with death. In Romans 3 (particularly verses 10-18) Paul gives us a litany of problems with man’s original, fallen nature. In that cadaver description of man’s body, he uses terms like the throat being “an open sepulchre.” He calls our throat no different than an open grave, and further says the “poison of asps” is under our lips. Right in the middle is the tongue that uses “deceit” or lying. So, the entire region around the tongue is like an open grave with nothing but lies and poison streaming out. Friends, that is our condition originally, and without the grace and power of Almighty God, that would always be our condition.

So, our tongues – like the Wild Gadarean – are associated with death and completely untamable. The question now becomes what about after regeneration? Cannot we do better now? The answer is yes we can! Do we always? No, sadly we do not. Refer back to James 3 this time noting verses 9-11. James compares our tongue to a fountain sending forth sweet and bitter water at the same source. Why? Because with the same source (tongue) we bless God and curse man. With the same tongue that we use to offer and utter praise to the King Almighty, we also say some of the vilest and most profane things to others in our existence here. James plainly says that this ought not so to be. Yet, such is the case with us. Why? Because even after regeneration, we are not wholly removed from our old nature. We still carry sin like a weight that plagues us as a ball and chain would. Praise be unto God that we are delivered from the crippling and mortal power of it, but we still deal with the presence of it.

Moving along in the story of the wild man’s deliverance, we see that by the time the town came out to see the sight, the man was completely tame and no longer living in a grave. Why? Because he was at Jesus’ feet. He further beseeched the Lord to follow him but was rather admonished to go home to his acquaintance and “tell them how great things the Lord hath done for thee, and hath had compassion on thee.” (Verse 19) Friends, the only way to tame these wicked tongues of ours is to seek to sit at the feet of Jesus. Hear Him and listen to Him. Give up the death and dying things of this world, and not heed our own ways or the inclinations of seducing spirits in this old world.

No doubt the aching soul of the child of God yearns to be with Jesus at this moment in heaven. However, right now, it is needful in the flesh to abide with His children shewing how great things God has done for us and has had compassion on us. When we see one that has a bridle on this tongue and does not allow his words to carry his life into the graves of the world, we see one that God has had compassion and imparted great power of deliverance unto them. Friends, as long as we live in this world, we need to be telling how great things He has done for and to us. How do we tell things? We use the tongue that by nature is so wild and deathly and rather fit it to use as a living member of praise and thanksgiving in His service. One day we will follow Him into those shining portals of the world of forever. Until then, may people see us as clothed, in our right minds, and desiring to be at the feet of Jesus with His people in this world.